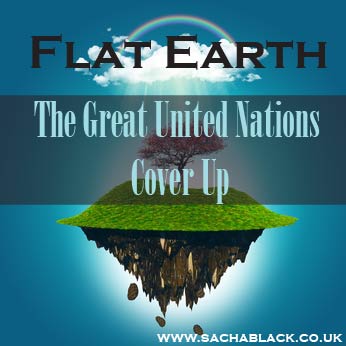 There are a couple of films that after the first time I saw them, I felt a little bit less sane. The two biggest culprits being: The Matrix and The Truman Show. They messed with my head, my perception of reality in a way I cannot explain. In my defence I was only 12 when they were released in 1999. It’s weird though isn’t it. When something so ridiculous, so controversial it couldn’t possibly be true, sews just the tiniest seed of doubt.

Curtsey of Wiki: The Flammarion engraving (1888) depicts a traveler who arrives at the edge of a flat Earth and sticks his head through the firmament.

For a few thousand years, we thought the world was flat. All 5 big religions, had accepted and promoted theories of a flat Earth. They believed the Earth was flat and at the edge was protected by something called the firmament – whilst they might have differed in their beliefs, they were united on this.

It wasn’t until Copernicus in the 16th century realised the world spun at over 1000mph and 60,000 mph round the sun, that he proposed the globe model. From these calculations he surmised the world was round. That’s it. No more proof no more evidence, it was accepted into mainstream society and still is to this day.

It’s one of those fundamental ideas we are taught on the first day of primary school; the world, is 100% round.

But, humour me, what if it’s not round? What if we got it right the first time? The Earth is flat. As conspiracy theories go, this one takes the biscuit.

I am not even going to attempt to explain this as well or as in depth as Mark Sargent does, but I will give the highlights from his research combined with my questions and plead with you to go watch the 11 short episodes in his youtube video series so you can make up your own mind. I have posted links at the bottom of this post should this spark even a hint of doubt or interest in your mind.

Like most things in life, this started one with a question. Actually it started with several. Lets begin with these:

2. Why doesn’t the moon change its face?

3. Why, if the Earth is curved, when we stand on the edge of the beach on a clear day, do we not see a hint of the ocean curving around and down?

Taken by yours truly on route to The Netherlands

5. Why is there only one photo taken of the Earth from space? All the others are composites. That means that they have been ‘interpreted, combined and CGI’d’

7. Why are all the images of Earth from space so vivid? Aren’t those photos taken from hundreds of miles away through a ton of atmosphere? When we look up we can’t see through all the cloud, so how can the photos be so vivid?

8. Why do we have an accepted structure of the Earth depicting all the way through mantles, inner and outer cores when the deepest hole we have drilled is only 8 miles deep – we have never been to the core, so how do we know what it’s like?

9. Why do rockets when launching into space turn? Why don’t they just continue upwards?

Maps are an odd thing. Do you know we are taught completely incorrect maps at school? The Mercator map is the most widely accepted map to date. See left. It is taught in schools, accepted as fact, and yet, it is completely wrong.

The Gall-Peters, map shows the world laid out with the correct proportions between the countries. See the map right. Notice the drastic difference in size of Greenland and the Antarctic? Notice the enormity of Africa?

But this is the strangest thing of all. Wiki has a list of maps, scroll down  way down until you find the Azimuthal Equidistant (AE) map. Or in other words a map of the world if it were laid out flat. See below Left. All the maps in that list, reference only the people who came up with it. So why does the United States Geological Survey USGS use this map, a map of the world flat, lined by the Antarctic as its accepted map?? It’s not right? The world is round, Right? It isn’t lined by a 300 mile wide perimeter of ice.

Curtsey of Wiki: A satellite composite image of Antarctica.

So tell me this: why is the Antarctic the only continent on Earth without a native population? There is no place on Earth not populated by man. But more strange than that, because it has no population, it has no government. No one owns it.

Richard E. Byrd an Admiral in the navy took 4500 military officers to the Antarctic – in the 50’s he claimed that it was the most important scientific discovery there’d ever been. But more interestingly, that it was rich. Rich with coal and oil and uranium and a plethora of things that would keep the planet going for centuries. So why after his second mission was it closed off for good?

The Antarctic Treaty is a treaty that has been in place since 1961 and now has 53 nations signed up to it. Um… does anyone know of any other treaty that has been in place that long between that many nations and not been broken? Didn’t think so. What does the treaty say? It says, that nothing and no one can go there…EVER. Why? You would think oil companies would be hounding the UN for access. But no one does.

So then I started to look for an image of the Antarctic. Guess what I found. Composites. Nothing but composites. Made up make believe images.

Let’s entertain for one second the possibility that the Earth is flat. Lets then think about the structure of the Earth and how easy it would be to keep us on land in the centre safe from ever discovering it was anything other than a sphere.

Go up – the air gets so thin it kills us if we are unassisted by technology. Go North or South, the conditions become so cold that we would freeze to death if not protected. Try to sail your way around the world? Pretty damn hard unless you have a big boat full of supplies. Imagine how much easier it would be if it wasn’t filled with salt water and you could drink the sea. Go down and the heat is so fierce we can only drill 8 miles  before our tools are melted. Pretty neat way of containing us if you ask me.

And what of the dome in the sky? Well, in 50’s just after the first space mission the American’s and Russians started firing Nuclear bombs straight up and not little ones. Megaton ones. They continued to do so for 4 years. Why? Were they trying to break the dome?

The Earth’s curvature means that when a boat reaches a certain distance it should sink below the surface of the horizon, particularly on water. There is a stretch of canal over 6 miles long in Norfolk UK. The experimenters fixed a pole above the water and then rowed 6 miles away. Using a telescope they looked for the pole. They could still see it, but it should have been several feel below the surface. Suggesting the Earth is in fact flat – google it.

I have talked a lot, and not as coherently as Sargent does. So please, if you can spare an hour, watch the videos and see the arguments laid out in a much simpler and more comprehensive way.

So what of the writing world? Well, if you’re a science fiction writer then I’m guessing you have spent this whole post eating your heart out. This has to be the coolest bit of inspiration I’ve found… ever. But the strange thing is, it’s already been used. Anyone recall Terry Pratchett (RIP), flat planet on a turtle on some elephants? What about Hitchhikers Guide to the Galaxy and the world building warehouses? Funny how so many conspiracies find their way into literature and fiction stories. I know not everyone approves of these posts, but I don’t give a shit. It’s inspiring, and gives me (and other writers) SO many ideas, so I hope that this has been for some of you at least, inspirational.

Stay tuned, because I contacted Mark and have since interviewed him over Skype. I will do a follow up post shortly.

I wrote a piece of flash fiction inspired by this theory, which has now sparked an entire idea for a novel. So I thought I would share it, I entered it into Charli Mills flash fiction challenge here.

The Firmament by Sacha Black

I placed my hand on the dome; it was hard as diamonds and colder than I expected. I couldn’t see out just the image of our own world, our own failings reflecting back on us.

I turned, stared at the thousand men I’d led to the edge of the Earth with the promise of freedom.

His eyes were wide. His fear, infectious, rippled through the crowd.

The dome rose in all directions and further than the eye could see. We were trapped.

Have you ever written about a strange Earth? What do you make of the conspiracy? If this has given you some writerly inspiration let me know in the comments below.