Today brings another guest post – This one is from marketing professional and bloggers bash attendee all the way from Switzerland, Cynthia T. Luna. Cynthia is the author of Write Your Marketing Strategy a fab marketing book which I had the pleasure of beta reading.

Cynthia is filling in for me today while I catch up from months of ignored admin having finished Keepers and even more ignoring of said admin as I am balls deep in my non-fiction book 13 Steps to Evil – An Writer’s Guide to Creating Better Villains.

So, Cynthia, you hero, thank you for coming, it’s an honour. This post is an excellent lesson for any author stuck on how what to say when marketing their book.

END_OF_DOCUMENT_TOKEN_TO_BE_REPLACED 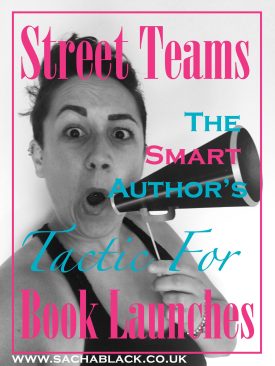 If I continue my night owl tactics and don’t… you know, die of exhaustion first, then next year I will be launching not one, but six books. That’s the aim anyway. Much as it’s traumatised me not to publish sooner, I’ve been sitting on these books for a reason.

It terrifies me to say it, but 2017 will see me publish actual, word filled, hold in your hands books, and hopefully, a few of them.

But any author worth their salt, knows they can’t and shouldn’t be launching alone. Visibility is the one thing that connects indies to new traditionally published authors. I say it all the time, but Amazon, is a rainforest of books. Getting seen in any part of it is difficult.

We might day dream about coffee shops and alone time to ink our hyperbolae in peace, but getting a book from chapter one to finished product isn’t a one man job. While the writing might be, there are beta readers, cover designers, formatters, editors and reviewers that help with the rest. If writing a book isn’t a one man job, why should launching one be?

Mastering a book launch isn’t really about the big day, it, like anything you anticipate for a while, is  a bit of an anticlimax. Besides, if you want sustained sales, then don’t focus on the launch. Focus on the lifetime of a book. It’s not about its first day, or week, or even its first year. It’s about optimising that book as an asset, it’s a product you can earn from again and again and again, so why worry about getting sales in it’s first week. You want to be worrying about getting them for the next ten thousand weeks.

Launches are about  sustained activities over long periods, garnering stacks of reviews, running competitions, paying it forward for other authors, teaming up or compelling your own boxsets and unfortunately, paying for advertising.

I’ve been doing a chuff load of research on marketing and book launches, so today, we’re talking street teams, and for anyone willing, there’s a personal request from me, to you, to join my street team.

END_OF_DOCUMENT_TOKEN_TO_BE_REPLACED

Writers have a shit load of decisions to make:

Who to kill today, knife em or hang em, daily word count totals, book prices, whether to drown your book blurbing sorrows with vodka or wine… the list goes on.

But one of the biggest of all decisions of all is whether you’re going to run the rat race to traditional publishing, or  push the shiny red button yourself and claim the indie badge.

I made my decision. My blood runs thick with indie colours.

Publishers have their place, I’ll never see my books in a store *weeps* but that sure as shit ain’t enough of a reason for me to go begging book in hand to their doorstep.

Maybe there will come a time when I might need them and I’ll wander up tail between my word covered thighs. But I haven’t slaved over my book for two sodding years, only to be told what cover I’m having, or when I can market or change the price or a myriad other things that would piss me off and I certainly ain’t accepting the 79p pittance for a book sale.

When this goes live, I’ll be in Paris, so your comments might be delayed in appearing.

Today’s lovely guest is the gorgeous and totally glam, Debby. Someone who has become a dear friend to me through the blogging world and one I truly hope to meet her.

Debby is a self-published author who has taught me more than a thing or two over the time I’ve known her. Today she’s giving us top tips on self-publishing.