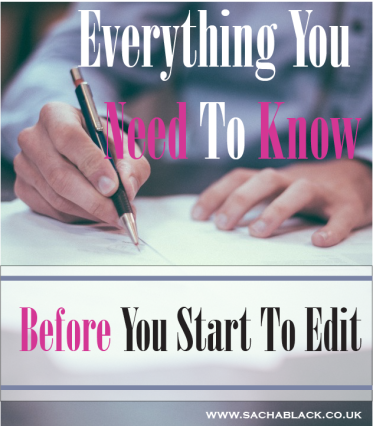 I finished the first draft of my novel in August last year. I was B.U.Z.Z.I.N.G I’d finally done what I said I’d do – write a book… Ok, I finished a draft.

I listened to the advice you gave on what I should do next, which was… Nothing – Lock the manuscript in a dark cupboard and throw away the key for months. I did. Sort of. I may have peaked at the first few chapters.

That was a mistake.

It was of course, total shit. More than shit, I wouldn’t have wiped my butt cheeks with it. Seriously. I may have cried, ok, I didn’t cry. But I did shed some tears on the inside. All those months of sweat and tapping, for what? A massive steaming pile of turd. A twitch formed on my eyelid as a heady mix of panic and fear set in. How was I ever going to rectify this mess? I hated editing. I can’t do detail and didn’t know a comma from a bloody apostrophe. So how I was ever going to be a writer? I was blocked. Big Time.

Then, I had a realisation. END_OF_DOCUMENT_TOKEN_TO_BE_REPLACED