I really REALLY hate Mondays, but today was a particularly repugnant Monday. 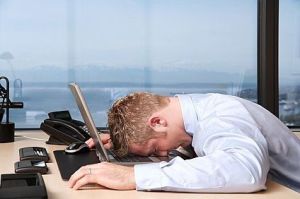 I am not a morning person at the best of times, but Monday mornings, WOAH.

Forget, conversation, in fact, forget expecting to see my eyes open. Until it’s at least 11 and I have managed to cradle a coffee.

Mondays are hideous, they are cruel, particularly unkind, in fact vicious, and completely unforgiving.

Mondays are by far the worst day of the week, except maybe Tuesdays, which on occasions can be even worst.

This morning was no better than any other Monday morning. I woke up… barely, I struggle so much with mornings, being a night owl, I find them pointless, yet I try and force myself awake to get to work early so I can finish work early  to miss the traffic and get the whole evening to myself.

I was so far beyond tired. My face was basically falling off, I had bags the size of cars, and my eyes felt like they were bleeding when I tried to tear them open, and force the sunlight into them.

Monday… you have just finished a weekend, which inevitably wasn’t long enough and now you have to face and ENTIRE week of work, 105.5 hours until, 4:30pm on a Friday when the weekend begins again. Tuesday isn’t much better, because its not like you can say it’s half way through the week like you can at lunch time on Wednesday, plus you can’t blame being asleep or not paying attention on the fact it’s Monday-the first day after the weekend. Hate Tuesdays just as much! But that’s another story.

Anyway, so I shower, and get ready half asleep, and then I am so tired, I am hugely grateful that I packed my bag and made lunch the night before. So I climb back into bed to catch another seriously precious 20 minute snooze.

I get woken up 15 minutes later by the most irritating sounds EVER. Some game the gf has decided to download at ridiculous o clock in the morning and can’t turn the sounds down. Firstly, its Monday morning, why would you be downloading an app, and playing on it? And secondly why would you do it, lying next to me, when I am clearly trying to nap, fully clothed? So it’s fairly obvious I am struggling. Anyway, I politely explain that I am trying to get some sleep and she gets in a mood with me, and tells me how noisy I am in the morning ALWAYS waking her up.

Which can I just point out is not entirely true. I am incredibly clumsy which she knows, but I try my best not to wake her up.

She huffs off to have a shower, and as I have just started to doze off again, the vile sound of the alarm clock goes off. I have to FORCE myself out from under the covers and into my shoes.

After managing to get to work early, I realise that I have an ‘early’ pre 9am meeting that I completely forgot I had, luckily theres no cue for coffee and I think the days looking up.

I then have to shuffle in an out of meetings barely having enough time to catch up from all the emails I missed on Friday, so manage to get nothing productive done at all. Then I realise I have to give a board report tomorrow. Which I clearly haven’t given a seconds thought to. *note to self* must remember to practice later.

Then I try to pull together a to do list, scratching at my brain to remember last week, which then reminds me the house insurance is going to expire any day now and the cat insurance needs renewing. I daren’t even look at the wedding to do list.

The day flies by because I am so busy, and then I get to the gym. I am at this point slightly concerned I have put on a couple of pounds recently. So I have a renewed motivation to lose weight, can’t think of anything worst than being disappointed with myself on my wedding day for having not tried hard enough to get to my goal weight.

I climb reluctantly onto the scales, to see the damage, convinced its only a couple of pounds. HA, well wasn’t that a nice little fuck you from the scales. EIGHT pounds. EIGHT. I was/am mortified.

How the hell did I put on over half a stone in a month? Well that’s it. I roast myself in the gym, and head straight to the supermarket to buy the entire healthy aisle. Which, might I add, is the most expensive aisle in the shop. Why is healthy food so god damn expensive? NOT happy.

I get home, with a million things on my lengthy to do list, to find a nice gas bill for 75 quid, that I clearly don’t have spare. Nice.

Well f**k you very much Monday, see you next week.