But it got me thinking, how did I know? And what was it about that line that made it so obviously a last line?
END_OF_DOCUMENT_TOKEN_TO_BE_REPLACED

After my rant last week about the lack of LGBT characters in mainstream fiction, I thought I really ought to make some kind of suggestion as to what the differences are, (and there aren’t many) in order to help writers who want to write LGBT characters but haven’t plucked up the courage yet.

I really did have to rack my brain to find something useful to say because there isn’t much. We are human just like the rest of the world. For those looking for tips on writing gay male characters, I’m not going to be helpful in this post. I’ve stuck to what I know…lesbians.  END_OF_DOCUMENT_TOKEN_TO_BE_REPLACED

I said before that there might be one more author interview, and there is, and what a whopper to go out on. Today I give you, the truly fantastic, utterly prolific author, huge supporter of fellow writers, Zodiac queen and twitter mogul Terry Tyler. I am genuinely honoured to host her and her recent book release The House Of York

. You can find Terry on: Twitter, Blog or Amazon

Can anyone tell me a blockbuster famous novel they have read with a main character that was either gay or lesbian? Don’t worry, I’ll wait whilst you scratch your head to think… still haven’t thought of one? No. Me neither. Anyone else got an issue with that? Because I really do. END_OF_DOCUMENT_TOKEN_TO_BE_REPLACED

I spoke a little about evoking memories recently in my post: 5 Reasons Why Writers Should Be Secret Agents. But I wanted to delve a little deeper into the science behind how senses and in particular smell can evoke memories, why it can be so powerful and more importantly, why writers need to exploit the use of smell in their work.

Do you have a smell, or ‘thing’ that makes you recall an incident or memory vividly? If so what is it? Let me know in the comments. Is it a sound? Or smell? Or maybe the feel of a certain fabric? END_OF_DOCUMENT_TOKEN_TO_BE_REPLACED 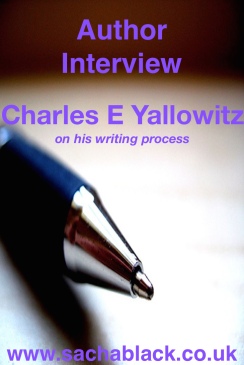 My author interviews are drawing to a close, we have less than a month left of these posts and I’m not sure yet what I will do about replacing them. But, to this week, I am thrilled to have Charles E Yallowitz as my author interview. Charles is a huge supporter of fellow authors, please do go check him out. You can find him on his blog: Legends of Windermere, his website Charles E. Yallowitz, his amazon author page Amazon Author Page, Facebook and finally Twitter. END_OF_DOCUMENT_TOKEN_TO_BE_REPLACED

This week I welcome a wonderful and hugely supportive writer Mary Anne Edwards. You can find her on her Website, Facebook, Twitter, Amazon Author Page, Goodreads, Pinterest, you can buy her books, here and here.

END_OF_DOCUMENT_TOKEN_TO_BE_REPLACED 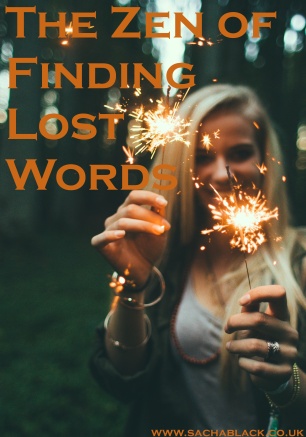 I’ve spoken before about my habit of collecting words and sentences: Read Like A Writer – Collect Words. Collect Sentences. But I thought I would share the significance this has for me as a writer, especially this week. The benefit of collecting words, and more importantly, some of the words I have collected has unblocked my block! END_OF_DOCUMENT_TOKEN_TO_BE_REPLACED

I am truly honoured to be part of my wonderful blogging buddies blog book tour. Geoff Le Pard is a writer an author extraordinaire, as well as being a half decent ex lawyer and a seriously nifty weekly flash fiction contender.  But by far the best of his accolades is the fact he is a member of the Annual Bloggers Bash Committee! :p

This week, Geoffle is teaching us about differentiating dialogue between characters, and he is using his experience from his brand spanking, freshly published (go buy it) book My Father and Other Liars. Without further ado, Geoffle…. take it away. END_OF_DOCUMENT_TOKEN_TO_BE_REPLACED