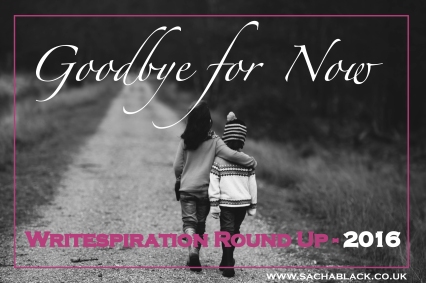 Writespiration Wednesdays have been around since October 2014. I’ve had hundreds and hundreds of entries, and I’ve read each and every one. It’s been an honour and a privilege to read them, but with the end of the  year nigh, I’ve decided to take a wittle pause to both, reassess my plans for next year, and catch up with some post scheduling, so I’m not living in a state of perpetually chasing my ass.

See, I have this delusion about myself, that I’m super woman, and that I can do everything and all the projects… ALL AT FUCKING ONCE… because who the fuck needs sleep anyway? Just pass me fuck bucket of caffeine, and I’ll beeeee fineeeee! *twitch* *twitch* *heart tremor*

Apparently I didn’t pack my lycra because I couldn’t find my glitter covered super girl cape and the quantity of caffeine I drank landed me an appointment with the cardiac specialist.

Next year, I have some plans for Writespiration Wednesdays. It will be back, slicker, quicker and even better. I mean, I can’t get to 96 and stop for god sake. Who stops at 96? Everyone likes a round number. It will be back on 4th January next year.

For now, to round off the year, here are your entries from writespiration 96 – Write a Fairytale set here.

If you want to see any of the previous writespirations, have a look here. END_OF_DOCUMENT_TOKEN_TO_BE_REPLACED 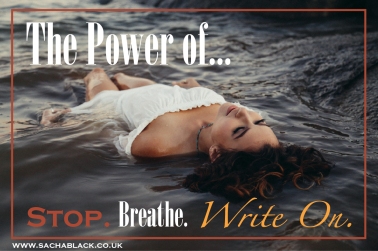 If we’re honest, us writers tend to be a little on the obsessive side. We get an idea, a character forms, and before we know it, we’re tits deep in 30,000 words of wordish vomit. We swim in it like it’s a jacuzzi with naked waiters continuously handing out glasses of champagne. No one wants to get out of that jacuzzi, I know I sure as shit don’t.

But sometimes, after you’ve been chucking up the good kind of word vomit (the one that’s rough round the edges but makes pretty pictures in the middle) all of a sudden it stops. Then you’re pouring out illegible turds, minus the glitter and shine.

Now, no matter what you do, the pretty word vomit won’t come back. So what do you do? If you’re anything like me, you either:

Neither of which are particularly effective at producing anything other than obscure shaped bruises. Trust me.

I had to try something new… So today, is less of a crazy lesson with bookish explanations and crude examples, and instead a lesson I’ve learnt through experience on my writing journey. END_OF_DOCUMENT_TOKEN_TO_BE_REPLACED 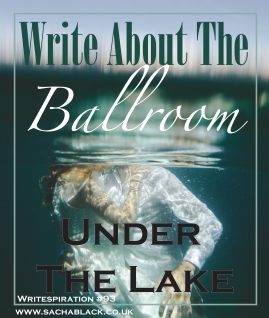 I get inspiration from all over the place, I actively seek it out on a daily basis. Basically I’m a sniffer dog only my crack cocaine happen to be quirky ideas. Although I’m hard at work editing Keepers, I can’t help but ferret away at other projects. Currently I’m searching for location inspiration for a different book series.

I found something awesome recently in an article on the Atlas Obscurer, and I just had to share it. They found a ballroom built under a lake. You can check out the article here. The ballroom happens to actually be a smoking room, but they called it a ballroom, and that was enough to send my mind reeling. What if it really were a ballroom? The glass roof, now covered in algae would have allowed dancers to view the creatures in the lake while they danced. I almost have to squeeze my temples to prevent all the ideas falling out. I love this.

Your challenge this week is to set a piece of flash fiction under water. Write a story in less than 200 words. Paste in the comments or use a pingback and submit before 7th August.

As always, I am slow to respond to entries because I read and moderate everyone, you may find a delay before your story appears and before I comment. END_OF_DOCUMENT_TOKEN_TO_BE_REPLACED 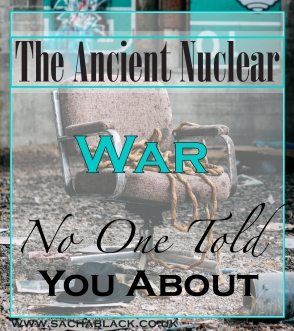 We think we’re real smart as a race. We keep creating bigger and better weapons, anything so long as we got the biggest, best toy in the playground and you don’t. But what if we weren’t the only smart cookies on the planet. What if thousands of years ago, we the arse scratching cave men of the period, or in fact, another race entirely had already made big-bad-apocalyptic-world-destroying weapons?

What if we’re late to the game cause someone else already thought of nuclear weapons 10,000 years ago?!

Well that’s todays wonder – the theory that nuclear weapons are not a 20th century invention at all, but a bronze age creation. END_OF_DOCUMENT_TOKEN_TO_BE_REPLACED 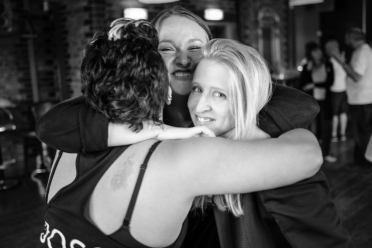 I’m still reminiscing about the Bash, so I thought I would make this week’s writespiration all about the bash.

For me, one of the most amazing moments was when I saw two bloggers, realise who each other were. They leapt into each others arms. Flung themselves at each other like catapults and gripped hold like the world would end if they let go.

It was magical, emotional, and in that exact moment, I knew why I’d spent so long organising the event.

It’s a beautiful thing to watch…A moment of pure bliss.

So this week, your challenge is to write a story or poem in less than 200 words, all about a hug. A hug you’ve been waiting a long, long time for. Entries due by 10th July. To join in, either post your story in the comments or link with a ping back.

Please note, I read and moderate every entry, there are quite a lot of entires so expect a delay before your story appears in the comments and before I respond to you. END_OF_DOCUMENT_TOKEN_TO_BE_REPLACED 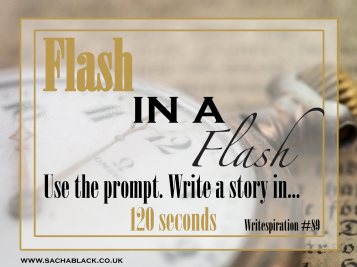 Flash in a flash is back.

Get a timer, set it for 120 seconds and when and ONLY when you are ready to do the challenge, scroll to the very end of the post to see the one word prompt. Write hard and fast until your time is up.

If you want to join in, post your flash in the comments or in a post and link back here. Mine is at the bottom under the word.

Please note I am extremely slow at responding to comments at the moment. I moderate everything. I do read everything, but expect a delay. END_OF_DOCUMENT_TOKEN_TO_BE_REPLACED 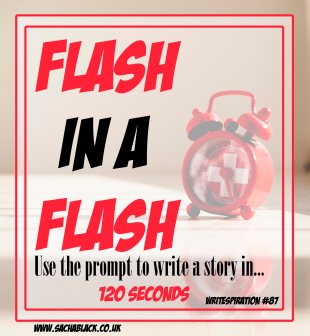 April brings another of those months where there are challenges coming out your ears and the usual pressures of Camp NaNo. That means time is limited. So I thought we would go old skool and do a challenge we haven’t done for a while.

Get a timer, set it for 120 seconds and when and ONLY when you are ready to do the challenge, scroll to the very end of the post to see the one word prompt. Write hard and fast until your time is up.

If you want to join in, post your flash in the comments or in a post and link back here. Mine is at the bottom under the word.

You have until 1st May to respond.

Please note, I do read every entry, but as I am taking a breather of sorts from the blog, in order to finish my book, it will take me a few days to read and reply to all your entries.
END_OF_DOCUMENT_TOKEN_TO_BE_REPLACED 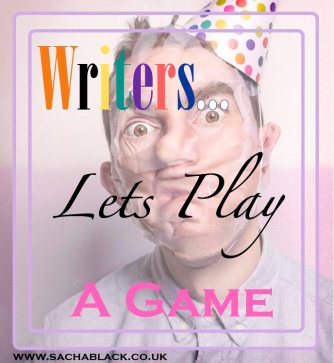 Wherever you’re sat, whatever you’re doing. Scan the vicinity for the nearest document/book/magazine etc you haven’t written. Pick it up.

If it’s anything else turn to page 4.

Take the tenth, thirty-third and the last word, then pick the longest word you can find on the rest of the page.

Write a story or poem in less than 100 words containing all the words. AND I want to know what the words are when you post your story.

If you want to join in, leave your story in the comments or write your own post and use a ping back so I can find it.

Forgive me not having joined in the last few weeks. I am drowning. I will play next week.

END_OF_DOCUMENT_TOKEN_TO_BE_REPLACED 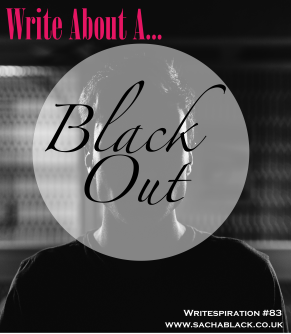 Some of you will know that a few weeks ago, I had surgery.

I haven’t had surgery before and I don’t mind admitting, I’m a control freak.

So the prospect of having my life literally suspended with no awareness of what the shit was happening to me for two whole hours, was not something I relished.

In fact, I spent at least three weeks prior to surgery loading my pants with a massive terrified brick. I mean, I was going to die wasn’t I?! Seriously. I thought that. I was convinced I’d never see my son grow up or hold my wife again because they were going to euthanise me with a general anaesthetic. END_OF_DOCUMENT_TOKEN_TO_BE_REPLACED 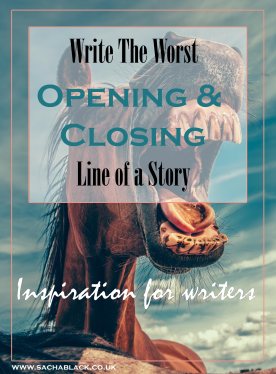 It’s all been a bit serious lately, with heart break, discrimination and cliff edges, so this week something different.

Oh and my math might be bad, but I haven’t spontaneously jumped into decimal numbers for no reason. I’m cheating. I’d already scheduled 83 this week and changed my mind because tomorrow is my birthday and I wanted to play a fun game instead.

So what is this riotous affair I speak of? I’ve done worst opening lines, and worst closing lines before. But this time, I want both.

The badder it is, the better, if I see even a hint of  good quality writing I’ll disqualify you faster than I can eat a family sized bar of chocolate, and don’t be fooled, that’s fast. Post both lines in the comments, or on your own blog with a ping back here so I know you’ve entered. END_OF_DOCUMENT_TOKEN_TO_BE_REPLACED