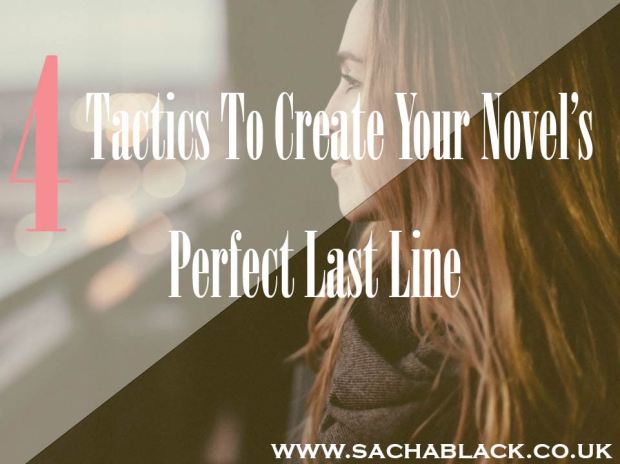 But it got me thinking, how did I know? And what was it about that line that made it so obviously a last line?
END_OF_DOCUMENT_TOKEN_TO_BE_REPLACED

I went to see the new James bond film as soon as it was released. If you’ve been living under a rock, then its called ‘Spectre’ and I’ll be honest, I was a little disappointed. Some were heralding it as the best bond yet but, I wasn’t convinced. So I decided to think about why.

I realised it’s because it was predictable. And not in a good cheesy actiony Bond type way. In an, I actually know exactly what’s going to happen kind of way.

For me, it comes down to foreshadowing and the little breadcrumbs storytellers leave for us in order to prep and build us up for the ending they planned, which should… if they have primed well enough, leave us satisfied.

WARNING – if you haven’t seen the film and don’t want any spoilers don’t read on. END_OF_DOCUMENT_TOKEN_TO_BE_REPLACED

The wife has always had a penchant for Disney. I on the other hand barely watched them as a child, preferring to have my head stuck firmly in the pages of dusty old books. Disney came up in conversation again recently – having pushed a small human out – and the fact she wanted to have a large collection of disney films ready for the boy to watch. Sky had a few on demand over Christmas, so we sat down and stuck The Little Mermaid (TLM) on.

I sat, aghast for the entire film. How has disney been able to produce films that are quite simply an abomination. People – and by people I refer to the murky world of ‘parents’ – seem to rave about disney and how good their films are…. Good?

Good – sure, if you count a hideously antifeminist, despicably amoral story that has nothing even remotely like the ethics or values I want my son to grow up with.

I hate to be a mermaid basher so I will start with a positive. Race equality – TLM is a great story about how love is equal across any race, Mermaid loves a human, different races, love conquers all blah, blah, blah, Great – this is a moral I can not only live with, but as a lesbian, actively promote and encourage. I want my child to know they can love whoever they want, no matter their race, creed, gender or otherwise.

Would you encourage your kid to do this? I doubt it. I can already see the injunctions and restraining orders being slapped all over him, because a stupid film told him real love happens by stalking someone for two days. Ok, I am being facetious but you see my point. I would also like to point out I am not suggesting that I don’t believe in love at first sight. More that you need to have a reality check in real life, even if you do fall for someone instantly.
Issue 2: Ariel wants to change herself to be with him.

I hate to go all feminist ranty on you. Actually, I don’t hate it, I love a good feminist rant. In fact, any sort of rant. I digress – BUT don’t we have enough antifeminist-bullshit pressure to conform to the ultra skinny, rib protruding, size of a seven year old, bulimic-anorexic, vomit inducing ‘celebrity look’ the media loves, without having it force-fed subconsciously to our infants. UGH. No woman…. Actually no man either, should ever have to change themselves to be with someone. Is it just me? Or do we spend hours of our lives giving advice to our perpetually confused friends on their relationships, and why it’s not ok for them to allow their partner to nag them into suppression?

Issue 3: The prince starts to fall for Ariel but then deserts her instantly for a disguised Ursula over something so shallow as her voice! He decides to marry Ursula immediately having spent all of no time getting to know her…

Where do I even start with this. It is not ok to teach my child that they can desert a woman (or man) based solely on a characteristic. Thats akin to suggesting it’s ok to leave their partner if they get fat, or a scar, or a disability. I mean SERIOUSLY. And then to marry the other woman because of that same characteristic, after what 2.5 milliseconds of time spent with said woman… sure thats an outstanding idea. I am positive all parents would approve of their kids doing this.

Issue 4: Instead of Ariel taking her pride and moving on she pandas to the prince and chases after him.

This makes me want to claw my face off in frustration and resort to excessive amounts of alcohol. How low must her self confidence be to chase after a guy who only likes her because of her voice and will desert her as quickly as he met her for another woman simply because she lost that characteristic.

Issue 5: After all that the prince goes back to Ariel dumping Ursula and THEN kills Ursula just for good measure.

Now I just feel awkward. No one wants to date a psychopath, and lets be honest, the prince is looking more and more like a psychopath; with emotions unnecessarily fickle, and an assumption that it’s ok to off your ex…

Despite the fact I am resolute in knowing TLM is morally wrong, it’s not like theres anything better on the market. I think I may have to go investigate the other films!

Do you ever get so sucked into something like a box set or tv series, or even series of books, that you obsessively read or watch all of them back to back??

I am the ultimate binge reader or film/TV series watcher.

I did it with ’24’ and would sit there and watch a hole series without moving, I did it with Buffy the Vampire Slayer as a teenager, I did it with Prison Break, House, Dexter, Numbers, greys anatomy, Boston Legal, Alias, The L word, The Real L word, Lip service, The list is endless. I obsessively read almost all of Patricia Cornwall’s books,  Jostein Gaarder, all the True Blood novels, Harry Potter, twilight… just some of the recent ones.

I do this thing of finding an author and demolishing everything they have ever written, or made ever!

The problem is, I get so sucked in, that I forget Im living in the real world. I start thinking that I live in their worlds, that I am part of what is happening. I don’t tend to read words, after a couple of paragraphs my eyes switch off and I just ‘see’ what I am reading, its akin to TV for me. So I feel really attached, especially if there were a lot of books, or a lot of series.

When it’s over, I feel like I lost something, a best friend, a group of friends, a home, its like someone died, and I cant go back because if I watch or read it again, it doesn’t have the same effect, I know whats coming.

Well anyway, I have been watching the West Wing, and there are 7 series, and  I am on the penultimate disk… I dont want it to end. I love this series so much!! :*(

If anyone has any decent book, or TV series recommendations to help me through my imminent mourning period… Please do comment.