I have found that people either have intuition or they don’t. I haven’t come across many shades of sort of got intuition.

Apparently I have got it.

Yes, I studied Psychology, but it’s more than that. Psychology at degree and masters level is very theory driven, everyone always thinks its that ‘pop’ psychology. With the body language reading etc etc. It isn’t really. I mean you can choose to study that if you want too but generally my degree had nothing to do with that.

Anyway, I kind of knew I had a penchant for reading people and making pretty good character judgements quickly, but I guess I never knew how good.

I was recently rolled out to meet one of the gf’s friends (lets call him Luke for this blog) and his new bit (lets call her Anna). Because Luke and the gf wanted me to suss Anna out and see if she was a ‘good egg’ so to speak. I made a few general comments about Anna to Luke, and it was like a light bulb went off. We had dinner, so I couldn’t have spent much more than 2 or 3 hours with them. But when I made these comments and what the ramifications could be for their future relationship, it seemed like the penny dropped for Luke. He had already had some concerns but I guess he couldn’t place them.

Could have been a one off I guess but I have three other stories over the last year or so in a similar vein.

1. My friend started dating a new girl. For no particular reason, I took an instant dislike to her. To be honest it made me seem completely unreasonable, and my friend wasn’t happy with me. But when she asked me what I thought of her new girlfriend, I told her. I didn’t like her, and she gave me bad vibes. I couldn’t explain why, or how I knew that, but she didn’t and I really urged her to get rid of her. Well, she didn’t not straight away anyway. It took nearly three months. But after that she turned into a total psycho. I mean really, seriously mental. My friend got the hell out of there before she turned killer, and I tried hard not to say I told you so.

2. I had a hair dresser for the best part of a year, and then a new girl started. She started washing my hair before I had it cut, and after a little while I started to get anxious about going to the hair dressers. It got really really bad, I would have full blown anxiety attacks and couldn’t understand why. After a while I put two and two together, and realised that it was the new women washing my hair. I was again completely unreasonable, but would freak out and told my hair dresser I didn’t want her washing my hair and that I would come in with my hair wet in future. It got so bad I didn’t want her anywhere near me. I had no idea why I felt so strongly, I just knew she was bad news. Anyway, a little while later, I admitted to my hair dresser that I didn’t like her one bit and I thought she was bad on the inside, and he stopped what he was doing and said

“are you joking me?”

Hairdresser: She has been stalking me, took my number off the work system, and followed me home the other night, pushed me down the alley and said that if I didn’t have sex with her she would tell my manager I raped her.

It transpired that she had been spreading malicious rumours about him, and making his life a misery trying to break up his relationship etc etc. This women was married with kids and everything.

I have to say the anxiety settled after I found out, because I understood why I was feeling like that.

3. This is horrible. Please don’t think that I accuse people randomly or think bad of everyone I don’t. But this is different.

I think I live next door to a child abuser. We moved into this house 1 year and 2 days ago and I have been trying to get the authorities involved ever since.

When we moved in I met him shortly afterwards, and I instantly felt my skin crawl. I couldn’t put my finger on it, but I felt physically sick when I saw him. I refused to walk outside alone when he was there, and generally the feeling got worst.

I have noticed him taking the same kids into the house, and they don’t look happy. He obsessively cleans his car, including the boot… removing every tiny spec of dust and dirt. I have NEVER in the whole year I have lived here, seen the curtains open. He keeps himself to himself, and does a number of other odd things.

Anyway, I felt so uneasy that I went to a police friend and asked them to investigate on the quiet, and was told they couldn’t. Then I went to a police colleague in the security unit, and asked them to investigate formally. Now I am on placement in children’s services I have spoken to a couple of senior managers and social workers about how I can get him investigated. The problem is I don’t know his name or the name of the kids. They won’t do anything with out names, to my abject horror and disgust. It is beyond frustrating. I feel helpless, and more helpless to help the kids.

Thing is, I know its not just me who thinks it anymore. The other day my neighbour behind me had a full blown row with the guy calling him a paedo and threatening to bosh him if he ever hurt a kid. I swear I never said a word about what I thought to him. You have to wonder when it’s not just you who thinks it, there has to be some truth. The police were called and everything. I wonder whether they would be more likely to believe my hunch now that the police have been involved already

We have a gut instinct for a reason, and I am convinced mine is right.

I won’t give up and I want him investigated. 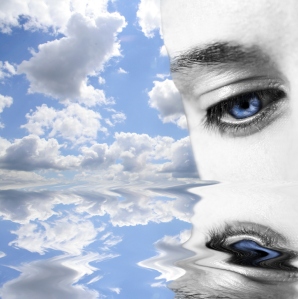