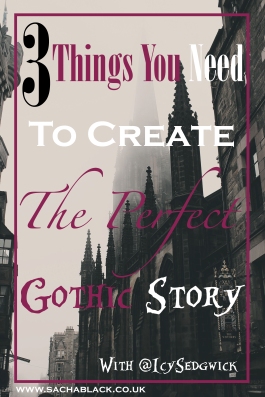 Over the next month or so I am trying to finish my book so I can do the underwear eating exercise of handing my book baby to beta readers, *gulp*. I wanted to keep to two posts a week, but couldn’t with all the extra writing. So a few lovely friends have offered to step in and take the reigns for some of the posts. Be nice, play gentle and happy clappy rounds of applause please.

Today the lovely Icy Sedgwick, who came to the Bloggers Bash 2016 is talking to us about an area of her expertise: gothic stories. Icy is studying a PhD in film studies looking at space in haunted houses, so she really does know a thing or two about this.

If you want to know some neat little tricks to perfecting gothic tales, check out Icy’s tips below: 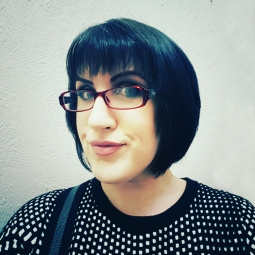 You can find Gothic stories in some form or another right through history. But as a genre, you have to go to 1764 to find the first novel, Horace Walpole’s The Castle of Otranto. Since then, Gothic has given us Frankenstein and his Creature, Dr Jekyll and Mr Hyde, Dorian Gray, Dracula, Melmoth the Wanderer, Lord Ruthven, Sweeney Todd, and many more.

It’s never really gone away, though its popularity goes up and down depending on the society of the time. It’s had a recent boom in interest through the ‘dreadpunk’ genre, spawned from TV shows like Penny Dreadful, and Stranger Things brought a taste of the Gothic to Netflix.

It’s a really fun genre (well to write, not necessarily to read), and it is well worth having a go if you’re into all things dark, spooky, or just not-quite-right.

By Screenshot from “Internet Archive” of the movie Dracula (1931) here, Public Domain, here.

There are loads of characteristics to the Gothic as a genre, but what 3 things make an awesome Gothic story if you’re just starting out?

Space is crucial to the Gothic. On one hand, you’ve got your stereotypical crumbling castles, isolated manor houses, and creaky cabins in the wood. On the other hand, you’ve got dilapidated apartments in modern cities, suburban duplexes and even hospitals.

In some ways, it’s even creepier if the weird stuff happens somewhere totally normal. It can also be funnier – see What We Do In The Shadows (2014).

Think of the spaces as being the world building you’d do in fantasy or sci fi. What does it look like? Sound like? Smell like? Is there an atmosphere? 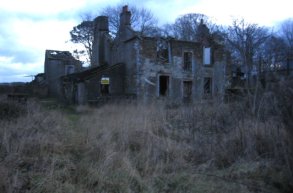 And think smaller. Look at the parts of the building. A haunting might affect the whole building, but it’ll always start in one particular room. Is there a weird stairwell in a block of flats? A cupboard no one will use?

Look at your own life. Everyone has a space they never liked, but couldn’t figure out why. I still don’t like walking under our loft hatch on the upstairs landing.

In The Skeleton Key (2005), Kate Hudson’s character finds a locked room in the attic. In The Conjuring (2013), clues hide in the wall spaces, as well as the basement. Ghostwatch (1992) made good use of the cupboard under the stairs.

Those spaces are the ones where the magic happens.

Spaces are super important to our next element – the buried secret. You need somewhere to put it, right?

Whether it’s a portrait in the attic, a long lost twin, a torture chamber under the stairs, or a skeleton bricked up in the outhouse, your story needs a buried secret. It doesn’t have to be literally buried, just hidden in some way. 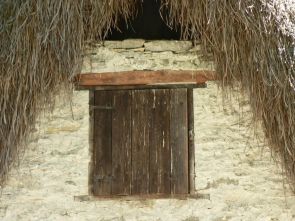 At their heart, Gothic narratives are about investigating a mystery. The classic stories often feature heroines prying into locked rooms, or exploring winding corridors. Jane Austen even parodied the Gothic novels of Ann Radcliffe in her own Northanger Abbey (1817).

More recently, you have characters investigating the history of a house to explain a haunting. In The Others (2001), a photograph in a servant’s room unlocked the mystery. Even in Poltergeist (1982), there are buried secrets – quite literally under the house!

You don’t need skeletons to burst through the floor, but you do need your characters to make some kind of discovery.

The heroes want to uncover the secret, and the villains want to keep it hidden. Check out Stir of Echoes (1999) for this concept put very, very literally. And speaking of villains…

You need villains. They nearly always take the form of a monster, but that’s not to say they should be Boris Karloff clones.

Gothic literature (and later, cinema) has given us some of the best monsters in popular culture. Frankenstein’s Creature, Dracula, the Wolf Man – there would be no Supernatural or Buffy the Vampire Slayer without them.

This is your Wolf Man, or your Creature. Ghosts sometimes fall into this category, especially if they died at the hands of someone else.

The monster didn’t ever intend to be that way. They’re sympathetic in a lot of ways, but essentially they still have to be destroyed by the end of the story.

Think Dracula. They’re out for what they can get, and the hero/heroine is about to get in their way. But the monster doesn’t always have to be an obvious thing. A lot of people argue that the house in Shirley Jackson’s The Haunting of Hill House (1959) is the real monster of the story.

These are the monsters who aren’t the ones who hide under your bed. Vincent Price’s Witchfinder General or Hannibal Lecter are good examples. The Gothic isn’t just about monsters and demons. At its heart, it’s about the battle between darkness and light. It’s often referred to as the primitive opposed with the civilised.

So how does your figurative monster represent the primitive?

No matter which monster you choose, just remember that whatever they want is just as important as whatever the hero wants. It’s the conflict between those competing desires that creates the tension.

Putting it all together

So now you’ve thought of your fascinating space. You have to figure out how to isolate it from its surroundings. Maybe you’ve picked an apartment building, and your heroine is a new tenant who doesn’t know anyone yet. Look at The Shining (1977) – the Overlook is literally cut off in the winter when the snow comes.

Think up the backstory for your space. How does it relate to the villain? What did they do there, or what do they want to do there?

Now you have your space, you understand its history, and it’s cut off in some way. What are you going to hide in it? Choose something logical but maybe choose an out of the way hiding spot. It’s rare that a Gothic heroine finds herself investigating a kitchen (unless you find Zuul living in your refrigerator).

So how does your secret tie to your monster? And what will the monster do when the heroine starts investigating?

I hope you’ve found this helpful, and that you’re going to have a go at writing a Gothic story! Remember, atmosphere is everything, and you don’t need to add gore unless you want to.

Icy Sedgwick is a writer, as well as Gothic Studies scholar specialising in Film. She blogs about folklore and speculative fiction here because it gives her an excuse to poke around in old graveyards! If you enjoy weird tales of ghosts and goddesses, you can get a free copy of her Harbingers: Dark Tales of Speculative Fiction short story collection here. Find her on Twitter @IcySedgwick or drop her a line at icy@icysedgwick.com.