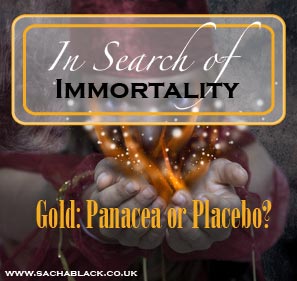 Pop quiz: what metals are the most conductive?

Answer: Silver, Copper and Gold. In that order.

Our planet is mineral rich. It’s like a candy store of minerals. When you look at the density across the solar system compared to our planet, we’re disproportionately saturated.

So what, I hear you say…

Pop quiz: True or False? We have electricity in our bodies.

Answer: True. The only reason we’re living breathing story addicts is because our brains conduct electricity through neurones and across synapses, sending ‘messages’ to our muscles and cells.

Actually, yes. We do. But in tiny amounts. 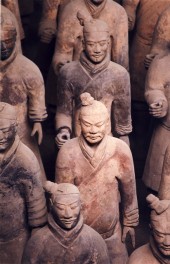 And this ain’t new folks. I’m not Columbus and this isn’t uncharted ground. Using metals as medical treatments is not even close to new.

If we scratch our collective minds, we can find the earliest recorded uses of Gold in China around 2500BC. But the Chinese weren’t the only folks who cottoned on to Gold. The Egyptians and Indians did too.

Medicinal uses at the time included treating a range of mucus, puss and other furuncular treats like: smallpox, ulcers, removing mercury from skin, joint disease, lung disease, measles and a plethora of other delights.

Uses have included: grinding it up to powder, turning it into gold coins dropping them into water and boiling food in it as well as then gargling with the water it was boiled in, making gold foil and wrapping furuncles in it.

In 1929,  a French dude used, sodium aurothiopropanol sultanate, more commonly known as Gold Salt, to cure rheumatoid arthritis. Although the salts themselves were toxic and quite harmful, it cured the arthritis. In more recent studies, using monoatomic gold (gold made from only one atom often found in volcanic soil) it had the same curative effect but this time with no side effects.

Gold it isn’t just revered for its medicinal properties. It is linked to the gods and to immortality. Some argue that’s because of its longevity and resistance to corrosion. But there are accounts of the immortal ‘Gods’ swallowing gold and pearls in order to keep them immortal.

The ancient logic was that in consuming something, you then imbue its properties. 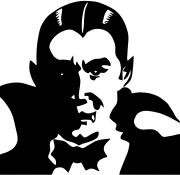 In current literature, we have only thought of immortality as finite. Either you are immortal or you’re not. Vampire, or human. I don’t recall (although I am sure some bibliophile will correct me) an example of popular fiction in which ‘immortality’ was something you had to sustain.

But here’s the thing, gold is still ingested today. Only in the form of a colloid or the monoatomic version I mentioned before. Colloid is a really small particle, usually round so that it is absorbable by us and suspended evenly throughout the liquid it is in.

Interestingly, NASA have started using colloidal silver to clean their water in space. The reason…? Because bacteria cannot live in the presence of silver. It’s where the phrase ‘born with a silver spoon in your mouth’ comes from. Because those wealthier people who could afford silver cutlery would get sick much less often. It’s also why you find silver in hand soaps and why pharmaceutical companies are finally binding silver to antibiotics.

I could don my geek glasses here and launch into the whole immortal Annunaki story, but I have talked about that before.

Instead I will tell you another story, one about Moses and his 40 years in the desert.

“In the book of Genesis, the first book of the Old Testament, it states that gold can be found in the hills on Earth. Moses gave gold to his people in the desert.” xcodex

And we all know Moses is famed for having lived for over a thousand years. Just some food for thought.

The idea of striving for immortality, getting it, and then still having to maintain it is something that is rolling around my mind. I think it’s going to form a story. I like the idea of a tangible ‘thing’ that keeps one immortal. An odd wonder this week I’ll admit, but hey, this is my brain, and I am a bit odd!

Have you ever written about the elixir of life, or had immortals in your stories? What made them immortal? What do you think of the fact natural medicine uses minerals in this way? Let me know in the comments below.