I’m a bitch. I know. You’re not supposed to admit things like that. But I just did.
Let me elaborate. I’m not the: ‘I’ll stab you in the back and claw your your eyes out in order to dry hump your boyfriend’ kind of bitch. Partly because I don’t do sloppy seconds, but also because I’d be stealing your wife not your husband!
I’m more of your silent bitch. The one everyone comes to with: “you’re not going to believe what such and such said. She was all like…. And he was like…. and then I’m all like, he never?!”
No. I’m a bitch cause I sit there nice and quiet. Taking it all in, and then I smile inwardly as I pick a story this latest drama is getting inserted into!
But there’s more to this story…
I’ve had surgery this week, so instead of writing fiction, I vomited this waffle on the page and it’s also why my #1000speak entry is delayed. Bare with me, we will get to the challenge…
I used to work in equality and diversity. Now, I tick a lot of boxes, mixed race, lesbian, (married) to a woman, amongst others. But the thing is, it doesn’t seem to matter what box you rock, someone out there is going to make a judgement on you.

My god. I do it. I play the “is that one of you” (a lesbian) game with the wife when we’re out and about. I’ve sped up when a gang of hooded youths have walked behind me at night. Jesus, even a lone male walking behind me after a night out makes me jumpier than a grasshopper on acid.

Maybe with all the trouble in the world it just makes me sensible or perhaps I am just a bitch? I Duno. But it does make me judgemental and I’m confident enough to say I bet each one of you has fallen foul of judging at some point in your life.
There’s this new fad in the work place called “Unconscious bias“. HR have gone all doe eyed and keep flash mobbing their happy dance over it. There’s this test you see, that examines your reflexes and unconscious biases towards different minority groups. I hope this link works, but here’s a demonstration site if you want to have a go.
I took it. I was devastated. I have biases. I mean obviously, cause everyone does. But, there were biases I didn’t expect to have and that sucked more than going to the freezer and realising you finished all the cookie dough ice cream and forgot to replace it.
Now, before you think I’m a misandronist  or whatever let me explain. These are ‘unconscious’ we can’t help it. They are there but it doesn’t mean we act on them either. In fact quite the opposite. I’ll admit one. I have a bias that links men to engineering /science based roles and women to literary/art type roles. UGH. 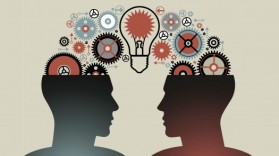 I know. I’m meant to be a fucking feminist. Excuse me whilst I sit and quietly rock myself in the corner and consider burning my bra whilst it’s still attached, because at this point self flagellation is the only answer, right?!

Ok, I’ve calmed down and sprinkled my reality salt on my salad. Just because we unconsciously link things, doesn’t mean we consciously act on them. So don’t freak out if you do have a bias or 5! At least, that’s what I am telling myself!

The point is, judgements can be wrong. No matter how good a judge of character we are, we get things wrong, we’re all human and sometimes we forget the impact of making those assumptions. So, to the challenge:

Sometimes, we make judgements on things but we’re wrong and they turn out to be totally unexpected. Write about when something wasn’t what it seemed. In under 200 words.

1000speak is an online movement, set on getting 1000 people each month to write on compassion. It’s open to all, and each month the topic is different. This month they celebrate their 1 year anniversary. Congrats, and why not join in?

Now to last week, although a quick apology to Charli, who entered last week and I totally missed her entry. This is from two weeks ago and the Edge challenge.

Over the Edge by Charli Mills

“Wolfrick!” Jen sprang off the log. Like a warrior adjusting a sword before battle, she let go the ax handle, catching the steel head and running blade-out.

“Stay back,” Wolf shouted. He hunkered, either to roll with the coming blow or charge. Backed up to the edge of the ridge that fell 3,000 feet to the Kootenai River below, he was trapped.

Jen slowed, talking low and confident, as if soothing a troubled toddler. Being the eldest of 12, she knew something about tantrums. Be calm. Be strong. And, by God, don’t go having a dozen of them. One snorting, dirt-pawing, 800-pound moose was tantamount to a gang of toddlers throwing fits. The moose lowered its head and lunged.

Wolf’s powerful tumble dodged the full impact, but Jen heard his muttering in German. He lay on the ground curled on his side. Cautiously, Jen approached. “You okay?”

“Yes, it hit my shoulder in passing.” Jen extended the handle of her ax and helped him up.

Together they approached the edge. “Damn,” she swore. The moose crumpled motionless at the base of the Ponderosa that broke its fall and its neck.

Next in, Geoffle with this twisted horrifying perfection.

Next in Jane, with a little teaser from her sequel

They stepped outside into the sunshine that fell through the vines of the pergola. Yvain and Jack were deep in argument about pigs, the others trooping behind. Carla and Tully stood in the doorway of the auberge, listening to the murmur of voices, the birds fluting among the leaves, the chink of glasses, and letting the sunlight fall on their faces. Carla was on the point of saying something about how idyllic Lutecia seemed, when the spell was broken. A couple of men shifted in their chairs, catching her eye. Even beneath the bright sunlight their skin looked grey and unhealthy, and the expression in their eyes was pure hatred.

She squeezed Tully’s hand and dragged him after the others into the lane.

“Seriously. It’s followed us, hasn’t it? Whatever it was back at the mall that…”

Tully kissed her forehead. “Yvain will know what’s going on. I hope.”

Carla glanced over her shoulder. The grey men had gone. The familiar cold terror settled back into the pit of her stomach.

Next in Kim, with a poem of a beautiful Utopian world

Of nature, art and poetry

No hate or poverty

Where you can be alone

Now for Judy, and she always blows me away with a brilliantly rhymed poem

There is no such thing as Utopia

But if there was, for me it would be

And home would be right by the sea.

There would be no sickness or hunger

No wars, struggles, or conflicts

Everyone would be equal

Regardless of colour or creed,

There would be no children in need.

But what if life were so perfect?

With never a worry or fear

Nothing to strive or save up for

Everything you need is right here.

With everything going your way

May get kind of boring