But it got me thinking, how did I know? And what was it about that line that made it so obviously a last line?

After we left the cinema I frantically scanned the kindle app on my phone to see if I’d downloaded it and could check. I had, and low and behold, ignoring the epilogue, there was the last line of the book, exactly as I had predicted.

‘So after when he whispers, “you love me. Real or not real?”

So I scoured a bunch of other books to find their last lines and not only are there clear things I learnt, but there is also quite an obvious difference in the style and content between the last lines of first and last books in trilogies.

But first, the endings: 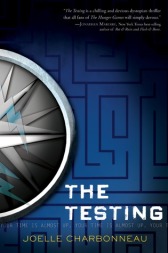 (Book 1 – Suzanne Collins) – Out of the corner of my eye, I see Peeta extend his hand. I look at him, unsure. “One more time? For the audience?” he says. His voice isn’t angry. It’s hollow, which is worse. Already the boy with the bread is slipping away from me.

I take his hand, holding on tightly, preparing for the cameras, and dreading the moment when I will finally have to let go.

(Book 1 – Joelle Charbonneau) – I blink as the small room fills wth a voice that sounds like my own and listen as the voice speaks words I don’t want to believe. 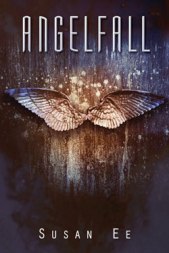 (Book 1 – Susan Ee)- I never realised why a triumph it is to simply be alive. My sister is with us. Raffle is flying. Everything else is secondary. And for now, that is enough.

– (Book 3 – Susan Ee)- My whole world turns into Raffe sensations as our lips explore each other.

(Book 1 – Ally Condie)- My words never last long. I have to destroy them before anyone sees them. But. I remember them all. For some reason, the act of writing them all down makes me remember. Each word I write brings me closer to finding the right ones. And when I see Ky again, which I know will happen, I will whisper the words I have written in his ear, against his lips. And they will change from ash and nothing into flesh and blood. 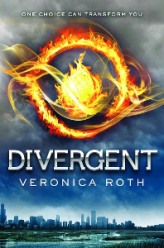 (Book 1 – Veronica Roth)- Abnegation and Dauntless are both broke, their members scattered. We are like the factionless now. I do not know what life will be like, separated from a faction-it feels disengaged, like a leaf divided from the tree that gives it sustenance. We are creatures of loss; we have left everything behind. I have no home, no path, and no certainty. I am no longer Tris, the selfless, or Tris, the brave. I suppose that now, I must become more than either.

(Book 3 – Veronica Roth)- Since I was young, I have always known this: Life damages us, every one. We can’t escape that damage. But now, I am also learning this: We can be mended. We mend each other.

But what can we learn from these last lines?

ONE – The difference between book 1 and book 3

The most obvious difference between first books and last books that in a series, is that the first book, although drawing its story to a conclusion, leaves something open.

For example, the Hunger Games says: “and dreading the moment when I will finally have to let go.”

The key word for me is dreading. It tells us not only that there is more to come, but it is foreshadowing a gloomy future – telling us that there will come a time when she will let go for the last time.

“I suppose that now, I must become more than either.”

Similarly here Tris spent the previous paragraph rounding every storyline off, but the

There’s this thing in YA books, I don’t know how to describe it other than ‘YA Philosophy’. I think because of the emotional rollercoaster YA’s go through and the fact they are still learning about life, there is always a big emotional truth revelation in a YA novel. An “oh yeah?!” moment when they learn something they will never forget.

It’s a fundamental truth that most adults will likely just ‘get’ intuitively. But here’s the clincher, I think the reason so many adults still like YA novels is because we forget our inner child and the lessons we learnt. Sure, we know them deep down. But we become numb to life because of the monotony of the suburban nightmare and the daily grind. Which means when the protagonist says something philosophical and emotionally fundamental, we are propelled back to our youth and our own “Oh yeah” moments. A poignant reminder that life is still beautiful in its innocence.

In essence, this is the characters arc – their personal journey but in YA its typically much more emotional than in other genres.

“Destroying things is much easier than making them.”

“You don’t forget the face of the person who was your last hope.”

In the final books, these revelations happen more frequently and more intensely, and Allegiant, the last in the Divergent series, the last line is precisely one of these YA Philosophy moments:

“But now, I am also learning this: We can be mended. We mend each other.”

“Then I realize what it is. It’s him. Something about him makes me feel like I am about to fall. Or turn to liquid. Or burst into flames.”

“We believe in ordinary acts of bravery, in the courage that drives one person to stand up for another.”

THREE – Endings are endings for a reason

Endings are endings – so although in lesson one I learnt that in book 1 specifically something is left open, that ‘thing’ is tiny. Because ultimately, the previous paragraphs or chapters depending on how an author has paced their novel, rounds off all the story lines in that book.

YA readers generally are impatient. I know I am, and I love to feel satisfied at the end of a book, which means no unfinished business.

It feels like this is a careful line to tread because a lot of YA books at the moment are trilogies. So you have to leave something open. Generally, although obviously ever author is different, these novels resolve the major conflict, or plot problem, and leave a hook for the next one (see point one).

Interestingly, when I went back and checked the first books, three of the five mentioned the male love interest in the last paragraph – that was the hook into the next book’s storyline. Two didn’t, (divergent and the testing) and both those were about the self growth and journey of the protagonist.

I talked about foreshadowing recently in 6 Tricks to the Perfect Reveal. One of the things I mentioned was it is never too early to foreshadow. Including, before book two even starts. All of these books are foreshadowing, whether its the reuniting of lovers, a self sacrifice or a war that still needs to be fought. The last line is key to setting up the premise for the next novel.

Every genre is different, but what do you find is essential for a book ending?

If you liked this post, subscribe here to get writing tips, tools and inspiration as well as information on the release of my books.