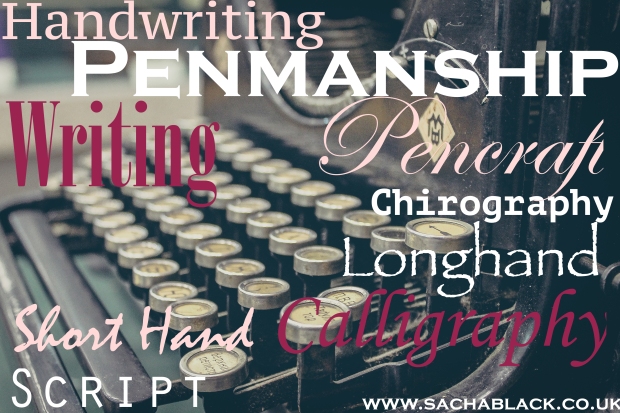 I made a point recently about the lack of ‘actual’ writing I do. You know, with my hand and a real life pen. The post discussed Distributed Cognition, a concept that debates where the boundaries of thought are and one example is the use of a pen. Does the physicality of using a pen change your thought process through the action of writing? Where do your thoughts end, and the pen and ink begin, and what is the reciprocal effect of the thought, hand and pen interacting.

Why am I talking about this again? Well, in my author interviews, I ask a provocative question making a point that the publishing industry is in decline (I don’t actually think it is, but it tends to provoke an interesting answer). That question got me thinking, is penmanship in decline? 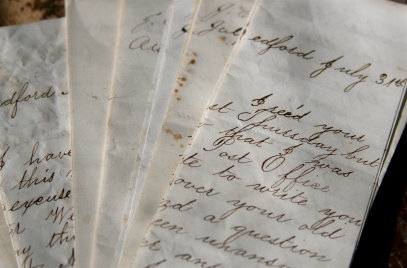 When I was a kid I used to have a pen pal, in fact, I had two. Didn’t everyone?

My mum still has her from childhood, a fact I love. When I went to school, I had a friend who liked reading and writing as much as I did. We used to hand write each other letters. I still have them. Dozens of them. I would painstakingly scribe words, colour and decorate pieces of paper in order to swap post with her, and more often than not we would stick a stamp on them (because back then you didn’t need a mortgage to buy a stamp) and pop them in a post box. I love nothing better than receiving post. I can’t remember the last time I received a letter.

I used to write a journal, I’ve said before I have a box of them in the loft, hundreds of thousands of words scribed by hand, poured out in a labour of love for the written word. Then I started writing journals electronically. I don’t even know where they are now. Probably on a floppy disk somewhere *cringe* yes, I know what a floppy disk is. My wife’s students don’t. That’s depressing. We are only a decade older than them. But for them, the concept of ‘dial up’ is alien. They just don’t ‘get it’ and blank stares and sniggers follow her when she talks about floppy disks. I used an encyclopaedia – they use wikipedia.

Is this evolution? Are we really developing? Or is this actually regression in disguise?

We apes evolved hands for a reason, to craft tools, feed ourselves, rear babies. I’m not interested in the argument that typing counts because you type with fingers. It doesn’t count. Not in my mind anyway. Theres no physicality. It’s mindless tapping learnt through rote memory.

The physicality of writing comes from having to push the pen around, forcing ink to curve to make shapes and markings. The mental process of feeling where the next dot and cross has to go. I find it satisfying marking the page, leaving an imprint, knowing I created that design, story or letter. It’s gratifying.

Evolution is about progression, right? the ‘gradual development of something.’

Well penmanship is a skill and evolutionarily speaking, skills are things we had to learn too. If typing was just the next evolution, then why does its loss feel like such a sacrilege?

Is the loss of a skill not regression?

We are living in a technological black hole. Anthropologically speaking, in five hundred years how many people are going to be able to understand our culture? My guess is not many. The number of physical records is dropping, we are publishing books electronically rather than physically. Egyptians use to carve writings and explanations into granite, forever left as a guide to their culture. The internet records our culture. But, one day, the oil is going to run out and the electricity switch off. Then it’s all gone. Every record, every piece of information will disappear in a poof of smoke from the last drop burnt oil.

I’m troubled, I don’t know whether it’s my obsession with apocalyptic/dystopian fiction, or a worry founded in philosophical thought, but I am deeply concerned. Look at my wife’s students. Ten years is all it took for them to not understand a concept that to me (and I’m really not old),  is completely normal. I mean what about the words going into the dictionary that originate from text messages for goodness sake. In 2011 the Oxford English Dictionary added OMG, LOL and FYI into the dictionary. What does that mean?

I can’t shift this nagging thought that one day, kids won’t even be taught how to write any more. How long is it going to be? Thirty years? Fifty? Two hundred? It’s going to happen. The pen, and hand written scripture is becoming redundant, typing is faster and more efficient. You can erase your mistakes and no one will ever know. But aren’t mistakes part of what makes us fallible humans? Are we heading for a dystopian future where no one knows how to write?

Penmanship will become a lost art.

There’s one more point I want to leave you with. My wife is dyslexic. She spells better on a computer. For her, the rote patterns of movement from tapping words is more kinesthetic and memorable than the closed hand structure of holding a pen. Her brain remembers how to spell patterns on a keyboard, but can’t remember the physicality of holding a pen to spell. Something I find truly fascinating. For her, although she believes the lost art of penmanship is regression, there is no doubting that for her, computers and typing are evolution. For me, a lover of pen and ink it’s regression.