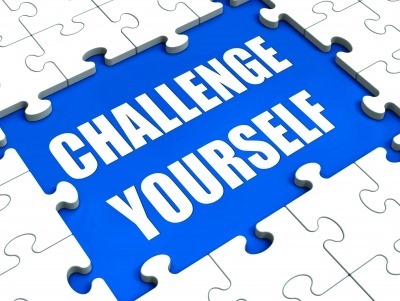 Another week gone by means another weeks worth of writing challenges.

Esther’s challenge this week was to: Write a ten-word story, using the words ‘bamboozled’, ‘banoffee’, ‘Horatio’, ‘afro’ and ‘twerk’.

Horatio’s afro twerked its way to the bamboozled banoffee pie.

Charli Mills always produces such wonderfully prompts, this week is themed on the #1000speak campaign theme of nurture. April 15, 2015 prompt: In 99 words (no more, no less) write a story about nurturing a neighborly relationship. It can be a next-door neighbor, a neighborhood critter or a neighborly place like a schoolhouse or community garden. Show what nurturing looks like for characters or places involved.

I hated conferences. Too many people, too much small talk. I leant against the wall headphones in, hoping for peace.

Our song was playing in my ears, a reminder of tarnished memories, a friendship lost. We were both wrong. Both proud.

I froze. I’d been the one to hold out an olive branch. She’d snapped it.

But it was a friendship time couldn’t damage. If I put my arm out, I had to forgive. Forget. Nurture the friendship back.

Sometimes the universe brings you together for a reason.

Ronovan’s weekly Haiku Challenge, kills me every week! But try I must, because I love nothing if not a challenge. This wee you had to include the words Tattered and Want, I still don’t really get Haiku’s and I don’t think mine ever make sense, but hopefully this week I at least got the syllables right!

Don’t want you no more,
because haters guna hate,
our love is tattered.

Keith’s weekly inspiration came in the form of a picture this week, my writing time has been cut in half, so I am struggling to keep up at the minute, but here is a little haiku (thought I needed the practice!).

My own prompt from Writespiration this week was to write a story about throwing up.

It was meant to be my special day. You know,’THE’ day. The day I’d waited for since I was pretty in pink and playing with wedding Barbi. It definitely wasn’t meant to be the day I humiliated myself in front of everyone I knew. But I did. I really did.

I cupped my arm around my fathers soft suit sleeve, and drew close to him. The church was freezing. I could never tell my father. I had to keep it secret till after the wedding.  My stomach furled itself into knots and slashed around at my insides. If it wasn’t for my friends expertly applied make up this morning I would look green.

“Good luck honey, I’m so proud of you,” my father said plonking a kiss on my sweaty cheek. The stench of his perfume sliced up my nostrils like razor blades. A wave of nausea licked at my throat, daring me to reply to him. I smiled sweetly instead and kept my lips firmly pressed shut.

Michael raised an eyebrow at me.

Sweat broke through the makeup and formed a line of beads across my forehead.

“Do you, Sarah, take Michael to be your lawful wedded husband?” The Vicar said.

Why I thought it was a good idea to put my hand in front of my mouth I have no idea. The first two rows of guests, Michael and the Vicar were all covered.

My dress however, was spotless unlike my pride!