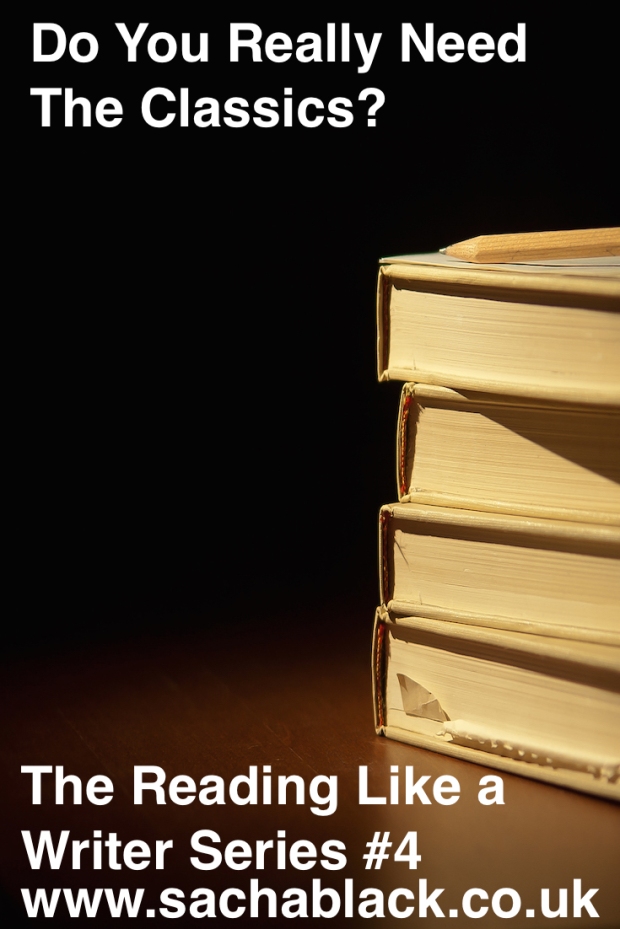 There, I said it. I’m not proud of it, but it’s the truth. I know it’s awful, believe me. But I did say no judging. It frustrates me that I’ve never read a classic, but I just can’t. Oh, I’ve tried, more times than I can count. I have picked up Pride and Prejudice about 16 times! The last time, I even got a third of the way through. In fact, I have tried to read dozens. I mean damn, reading a classic is practically on my bucket list I am so determined to finish one.

But I just can’t keep them up. I dislike everything about them. I am not a fan of historical fiction, so that doesn’t help that they are all set in the past, but I also struggle with the language. I know lots of people say the language is beautiful, captivating even, but I just find it annoying. I am cringing at myself writing that, because I know what I am supposed to think and feel about classics. I am not trying to undermine classics with this post. Far from it. I just felt the need to rant, and hopefully incite some discussion… (please do contribute). I would like to point out, I have read a lot of classic plays and shakespeare, so I’m not a total heathen!

What annoys me most about classics is this air of pretentious superiority that comes with having actually read them. If you haven’t read them, well then… you are clearly, just not educated. That’s how society makes me feel for having not read the classics. I have a First Class degree and not one but two Masters degrees… so ‘clearly’ I am educated. So why is there such angst over whether or not you have read a classic?? It’s worse for writers too. I mean god forbid a writer who is trying to create a novel that could become a classic hasn’t read an actual classic, I mean they have no hope, right? RIGHT? Because only those who read classics are clever, and worthy of the title writer… *eyebrow raise*

The Plague is Albert Camus’s world-renowned fable of fear and courage The townspeople of Oran are in the grip of a deadly plague, which condemns its victims to a swift and horrifying death. Fear, isolation and claustrophobia follow as they are forced into quarantine. Each person responds in their own way to the lethal disease: some resign themselves to fate, some seek blame, and a few, like Dr Rieux, resist the terror. An immediate triumph when it was published in 1947, The Plague is in part an allegory of France’s suffering under the Nazi occupation, and a story of bravery and determination against the precariousness of human existence.

I read it at school in protest of having to read a ‘classic,’ classic. We were given the opportunity to choose our final book for study, the teacher gave us a list of classics and most of the kids in the class chose typical novels. I chose The Plague because it was the weirdest darkest story on the list. *Yes, I was an angsty teen!* But I loved it, despite it being set in the past and despite it being a classic. It was an unusual classic, unique and translatable. Which led me to read all his other work.

But here’s the thing. It is pretty much the only type of classic I have ever been able to see through to the end. I have a shelf *literally full* of classics I have always wanted to read, and can’t…

“You’ll increase your vocabulary,  Improve your social skills, You’ll be reading something of value, Literary references won’t go straight over your head, You can “reward” yourself with the film version when you’re finished reading, The classics provide an opportunity to understand, They will enrich you in ways you didn’t expect, The classics challenge the brain… in a good way, Knowledge is power, Literature, along with (arguably) all forms of art, is a distinctly human legacy.

On the surface they seem like convincing arguments. But I’m still not convinced.

Here’s the thing. Classics profess to make you more intelligent, ‘make you think’, provoke you etc etc blah blah blah. But don’t other books do that too? Read a philosophical novel, it does the same thing – Paulo Coehlo The Alchemist is the perfect example of how a modern story can affect you in exactly the same way as a classic. The blurb says:

‘Paulo Coelho’s masterpiece tells the magical story of Santiago, an Andalusian shepherd boy who yearns to travel in search of a worldly treasure as extravagant as any ever found.

The story of the treasures Santiago finds along the way teaches us, as only a few stories can, about the essential wisdom of listening to our hearts, learning to read the omens strewn along life’s path, and, above all, following our dreams.’

The irony is, it is now being called a modern classic – fine, whatever. My point remains. It’s recent, and importantly told in modern language.  I think has all the trappings and effects of a traditional classic, but as a modern story. Take non-fiction, I wrote about the importance of reading Non-fiction as a writer in a previous post, now I would argue that non-fiction does most of the points above: it increases your vocab, intelligence and challenges your brain, you learn new shit, and general knowledge references don’t go over your head. Ok you can’t watch the film, but can you see my point?

What about the characters? Are they still relatable, relevant, appealing? Maybe I can’t comment because I haven’t got far enough through any one of them. But for me the flowery overly posh language prevents me from really getting under the skin of any of their characters. *more cringing, I feel like this makes me sound uneducated* But it’s true, I can’t relate to their characters, I don’t feel anything for them except annoyance. And don’t get me started on the plot lines are sluggish at best and positively snaillike at worse. I am asleep before the third chapter begins, and in a coma by the fifth.

What I am not trying to do, is suggest the classics are not worthy of their status. I do get it. They were and still are literary masterpieces, art work even. But my question is can you get away with not reading them? Can you still be a good writer, author, reader, person, without having them in your life? I think yes. I think you can learn just as much from modern literature, after all we are writing for a modern audience.

What I want to know is what is it I am missing? Tell me… because I can’t see the benefit of torturing myself to read them.

So I am going to put it out there and tentatively ask the question… Do we really need the classics any more?